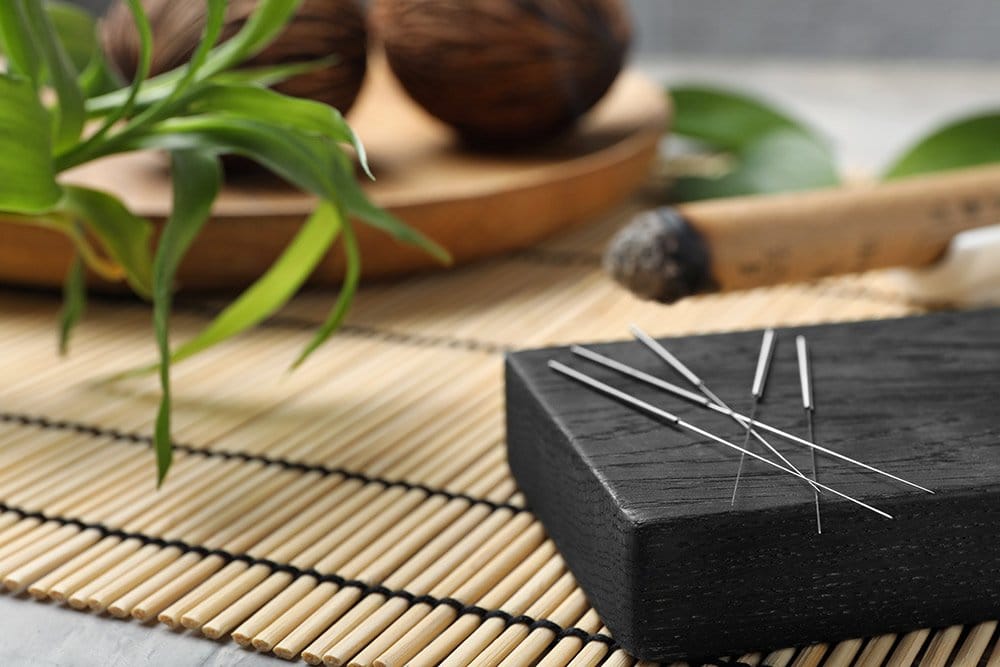 Cancer is the second leading cause of death in the United States, and it profoundly affects our quality of life. The American Cancer Society has been gathering data regarding cancer incidence and associated deaths since 1951, and their 2017 analysis predicts 1,688,780 new cases of cancer in the US in 2017. By 2020, “approximately 24.6 million people will live with cancer with about 12.5% of all deaths attributable to cancer, and in China approximately 3.12 million per year or 8,550 new cancer cases per day will emerge with a death toll of 2.5 million; furthermore, the chance of suffering from a malignant tumor is about 22% for a person in his life.” (Qi, 2015) Cancer related mortality is second only to heart disease, and is rapidly becoming the leading cause of death worldwide.

Cancer is not one disease, but hundreds of different diseases that all share the basic feature that there is a single aberrant cell line that is dividing uncontrollably. Traditional Chinese Herbal Medicines (TCHM’s) have been employed in the treatment of cancer for as long as tumors have been present in recorded history. The earliest records of tumors can be traced back to inscriptions on bones and tortoiseshells in the 16th–11th century B.C., and the “malignant sores” with “swelling but without ulceration” recorded by traditional Chinese medicine (TCM) doctors during the Qin Dynasty (221-207 B.C.) already presented various theories and approaches to treat cancer. (Li 2013)

It is well known in the medical community that the majority of today’s cancer patients utilize a diverse array of natural medicines and therapies in their quest for health, longevity, and to overcome their disease. The informational overload provided by the internet has created a situation in which most people, including physicians, are thirsting for knowledge, and drowning in information. Oncologists are often burdened with questions from patients regarding which “alternative” therapies are okay to use in conjunction with their conventional treatments. Due to the overwhelming amount of unfounded claims, anecdotal reports of cures, and the lack of valid scientific evidence to support the integration of botanical medicine with modern oncological therapies, most patients are directed to stay away from any “unproven” therapies that have the potential to interfere with their conventional treatment.

The biomedical community has often overlooked the relevance and importance of the contributions of traditional medical systems to the practice of medicine in general. The principals upon which these systems have been founded are derived in large part from what is called empirical data, that is, knowledge that has been recorded based on observations over time. In TCM, there is a foundation of literally thousands of years of empirical data that has been gathered, recorded, and employed in the clinical setting to guide clinical decision making.

The role of TCHM in cancer care has been evaluated extensively in China in the clinical setting, and many reports of the effectiveness of TCHM’s have been produced. However, most of the “data” coming from China is not considered high quality, and does not meet the stringent research standards upheld by major medical journals. However, recent developments in research design quality have produced several randomized clinical trials that have reported on the benefits of combining TCHM’s with modern chemotherapy and radiation. Five randomized controlled trials (RCT’s) reporting on the benefits of TCHM in the collaborative management of cancer patients recently reached clinical significance according to a broad systematic review of TCM in cancer care published in 2013. These 5 studies reported “relatively well designed RCTs with positive survival findings using Chinese herbal medicine.” (Li, 2013) In all 5 of the studies, outcomes were improved in the TCHM treatment groups, and survival time (potentially the most important outcome measure), was significantly improved in 3 of the studies.

According to both historical usage data as well as modern research studies, TCHM’s are well suited to dealing with the issue of patient tolerance of oncological therapies. Recent research exploring the effects of TCMH’s on both reduction of side effects, as well as enhancement of treatment effectiveness, has shown the potential for combining TCHM’s with oncological therapy. Often, patients seek the help of TCM practitioners after they have exhausted all other options, and are looking for a last ditch “cure” for their cancer. This is unfortunate, in light of recent studies indicating that “Traditional Chinese medicine (TCM) can play an important role in the whole course of cancer treatment [emphasis mine] such as recovery stages of post-operative, radiotherapy or chemotherapy stages instead of only terminal stage of cancer.” (Qi, 2015)

Although it is not uncommon that a patient approaches the TCM clinic looking for an “alternative” cure for their cancer, TCHM has found its greatest utility in the context of “collaborative” medicine. Based on internet claims of cancer “cures,” cancer patients often attempt to treat their disease with “alternative” therapies. Although some individuals are opposed to biomedical treatments entirely, many people may benefit from a collaborative approach that aligns with their principles and desires. It is important that the TCM practitioner provide realistic outcomes data for the patient’s disease with the use of oncological treatment options, and weigh the importance of helping patients who are in need of modern oncological therapy by guiding them appropriately.

Oncological treatment aims to eradicate cancer through some combination of surgery, radiation, chemotherapy, targeted agents, hormone therapy, or immunotherapy. All of these approaches carry risks and cause harm to the patient. For example, most chemotherapy damages only cells that are in cell growth or synthesis phases, and because cancer cells divide much faster than normal cells, they are more susceptible to damage. However, chemotherapy inherently damages normal cells that are moving through cellular division as well. “It’s estimated that more than one-fifth of cancer-related deaths are hastened, or even caused, by toxic effects of chemotherapy rather than the cancer itself. These toxicities can reduce the overall effectiveness of anticancer treatments by limiting the dosage and frequency of chemotherapeutic interventions that are tolerable to patients.” (Cheng, 2014)

This is an important issue, and a place that TCHM’s can be of great service to our patients. It is common that an oncological therapy is effective against a given patient’s cancer, but over time, the deleterious effects of the drug on the patient’s body take its toll and the patient is no longer able to tolerate the treatment. With the concurrent use of TCHM’s and oncological therapy, damaging treatments can be better tolerated and their damaging effects mitigated so that treatments can be carried out further and both quality of life and overall survival can be improved.

Slowly, botanical therapeutics with thousands of years of empirical data behind them are being brought “Under the Microscope”, as stated in the Wall Street Journal, regarding recent research being done at Yale University by doctor Yung Chi Cheung. Cheung’s research into the efficacy of a TCM formula, Huang Qin Tang (Scutellaria Decoction), known in the research as PHY906, consists of 4 herbs and has been examined in trials with animal models, and in both Phase I and II clinical trials in humans. It has been shown to inhibit the side effects of the chemotherapy drugs: 5FU, Xeloda, and Irinotecan, while also improving efficacy related to cancer cell death and reduction of tumor burden in colon cancer. (Wang, 2012). The PHY906 clinical program consists of five trials in three different types of cancers in both the United States and Taiwan. To date, approximately 150 subjects have received PHY906 in combination with chemotherapy in these five clinical studies. (Liu, 2012)) 614– 6

Another interesting TCM botanical based medicine underwent testing at US cancer centers. The herb is called Ban Zhi Lian (Scutellaria Barbata), and was referred to as “Bezielle” or “BZL101”, in the research setting. This is a whole plant compound being used in the context of women with advanced breast cancer that has been shown to extend life in some patients. The herb has been traditionally used in the context of cancer, and has been applied based on the TCM system of diagnosis and treatment. “In contrast to typical drug development, which separates an extract into its various components, bezielle is being tested with the hypothesis that the combination of components it contains would be more effective.” (Latour, 2011) This type of whole plant research is exciting, as it includes the potential synergistic effects of the full spectrum of compounds present in the botanical medicine, rather than those of an isolated molecular compound. Bezielle has shown promising efficacy and excellent safety in the early phase clinical trials for advanced breast cancer. (Modica-Napolitano 2015) A company called Bionovo took a whole plant extract of Ban Zhi Lian through phase 1 and 2 clinical trials before apparently running out of funding.

Because of the exorbitant cost of conducting well designed clinical trials, and the lack of patentability of botanical medicines, lack of financial incentive has limited research efforts. Thankfully, some research based academic institutions have been able to move the data forward, albeit slowly.

One of the biggest stumbling blocks for including TCHM’s with oncological treatment has been the theoretical herb/drug interactions that have been proposed based on basic science research and the theoretical biochemistry of herb and drug metabolism. Although some herb/drug interactions have been hypothesized, and a small handful of interactions have been documented, there is very little actual “data” showing that TCHM’s interfere with oncological agents. As shown in the recent Chinese clinical trials cited above, the combination of TCHM’s with chemotherapy resulted in both fewer side effects and synergistic anti-tumor activity. Furthermore, when TCHM prescriptions were tailored to the patients in the studies, using TCM principles of diagnosis and treatment, results were more significant than when general prescriptions were used. (Li 2013) If concerns are still present, Dr Subhuti Dharmananda has added some further advice for avoiding potential herb/drug interactions, “Herb-drug interactions may be minimized by having patients take the herbs and drugs at different times (one hour apart to avoid direct interaction in the digestive tract; 1.5 hours to avoid maximum blood levels of drug and herb at the same time)…” (Dharmananda, 2001)

Hopefully, these recent research developments depicting the benefits of using TCHM’s in the collaborative management of cancer patients will spur a revolution in oncological practice that includes the use of TCHM’s as prescribed by trained and experienced practitioners of TCM.

Through knowledge gained in clinical practice, the diligent study of traditional medical principles, and ongoing research that keeps us abreast of the newest developments in the integration of botanical medicine with conventional therapy, there is great potential to improve cancer patient quality of life and longevity through collaborative medicine.

Jason Miller DACM, LAc, Dipl O.M. (NCCAOM) is the owner and founder of Jade Mountain Medicine Inc. in Ashland Oregon, where he specializes in the collaborative management of patients with cancer and chronic disease. 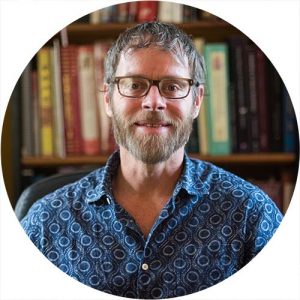 Although there have been many remarkable moments i

Hello friends! Tomorrow kicks off day 1 of the Ant